Revolutionising revolution: How Twitter changed media and how Evoque will take it further

How would you describe breaking news? For some it can be an intriguing headline scrolling over TV news, for today’s standards, however, it’s a message containing no more than 140  characters – a Tweet.

Twitter, which began as a tool for sharing abbreviated blog posts, has now evolved into a major part of the news media. Twitter changed how people break the news forever and in today’s social media era of instant gratification, breaking news is no longer the domain of journalists and media outlets. It can be your neighbours tweeting and warning about huge fire in the neighbourhood. It can be an corporate insider leak, revealing long-awaited product.

Companies are announcing newsworthy content through their Twitter feeds to control the message before it controls them. Of course, they then need to follow up with press releases and other traditional PR methods (and this where Evoque will come handy). 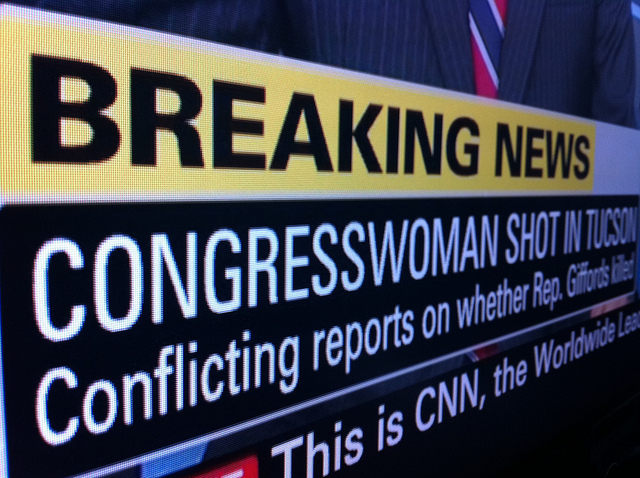 The moment you send a tweet, it immediately becomes available globally,and when you add #hashtags describing your content, people seeking relative subjects will find your message easier.
Most companies use Twitter and Facebook page for their Customer Service, instantly responding to queries, issues and negative comments. However, Twitter is an amazing tool to interact with media. Every self-respecting journalist and blogger has his/her personal Twitter account. To build a relationship with media contact, favourite some of his/her tweets, praise them for their successful article (that has nothing to do with your company), and share them around as well.

As Michael Wolff from Guardian explains:

It may be the most significant advance in news since, if not linotype and the telegraph, then, at least, cable. As with cable, every new news event of consequence advances Twitter’s presence and clout. It is first responder news; it is a real time news index; and, for more and more news consumers, it is background or passive news, like local radio once was, but on an international scale.

“I’m just wondering… have you read my email?”

Almost every news professional turns first to Twitter for relevant news he covers and specialises in. However, when it comes to follow up, Twitter is being abandoned and traditional forms of contact such as email are put in place.

Communication method, where all has been done via email, telephone and/or printed media kits has become obsolete. Twitter did a great part with bringing news in a real time. Now it’s time to move proceeding steps such as collaboration and media relationships building – into a new reality. It’s reprehensible that Media still has to deal with PR spamming by ignoring or deleting bulks of unrelated (and often unread) messages.  It causes a great media frustration and opposite effect to PR’s intention.  As a consequence, it’s much harder to break quality news to a well known media pro, when you have not had any previous chit-chat with him/her.

Can Media & PR exist in symbiosis?

Theoretically, PR exists because of Media, and Media find large part of their sources thanks to collaboration with PR. However, are those two communities really collaborating?
A Larsåke Larsson claims in his study “PR and the Media – A Collaborative Relationship?”:

The news media are the main channel for disseminating information and controlling public opinion in favour of a particular group’s interests. Accordingly, obtaining media publicity is an important aim of the PR industry. This fact leads to the almost trivial assumption that there is a connection between those who aim to influence the media and those who work in the news business.
The contacts between PR agents and journalists are extensive, in the sense that they are frequent, and mainly initiated by the former. Thus, journalists are constantly the designated targets of PR activities. According to both parties, personal relationships generally appear to be rare.
The views of the two parties are divided. PR agents commonly declare a high level of respect for the norms of journalistic conduct and for the media’s role in a democratic society. They also view their relation with the media as well functioning. The journalists, on the other hand, generally express less respect for people working with PR and claim they do not have any established relations with them, even if they admit to often being approached by PR agents.

Evoque does what others overlooked.

In spite of jeopardizing demeanour of both groups to each other, there are many common interests which, properly supervised and managed, can lead to synergistic effects. Evoque will be enforcing advantageous practices while blocking non-ethical ones.

The beauty of it lays in relevance matching. It has an intelligent mechanism of matching media queries with PR sources who are able to provide accordant, quality news. Likewise PR pros having intriguing news, can choose to publish them openly on Evoque platform in their Brand Newsrooms (BrandSpace™) or individually pitch established as well as new media contacts and start a long-term collaboration. If they follow the rules of relevance – they increase their chances on getting Media response, if not Media can contribute to destroying  PR’ reputation profile within the platform (a’la the effect feedbacks have on ebay user’s reputation).
There is more information flow, less hassle and more accurate targeting.
Ready for a change?

Join PR revolution! Support us in our startup adventure and share your thoughts.

Play by their rules

.your ignorance is a bliss