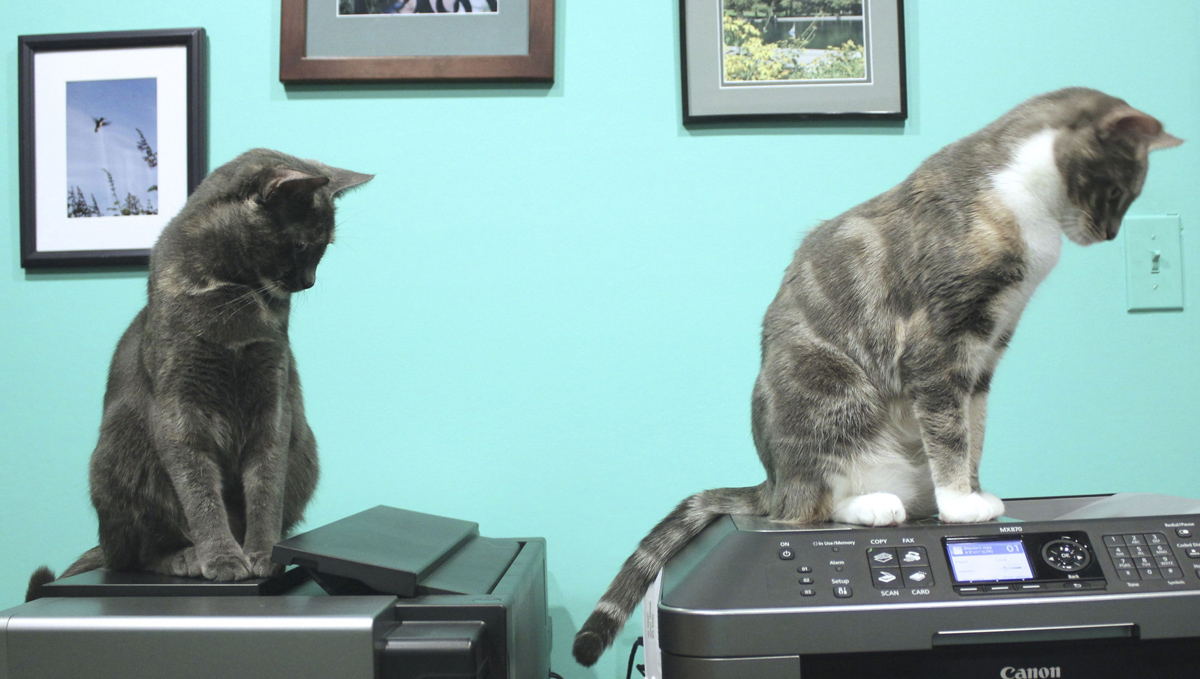 Just kidding. We all do. Artists do it all the time. Monet drew his inspiration for the style and subject matter from previous modern painters Camille Pissarro and Edouard Manet.

While Galileo is often credited with devising the first telescopes, there was actually a Dutch man called Hans Lippershay who had been making magnification devices using the ever improving qualities of glassmaking at the time.

Thomas Edison didn’t invent the light bulb either. Not the glass bulb, or the glowing filament inside it. He merely improved the previous designs to the point that they became commercially practical, in 1880.

The first electric light device, called an Arc-Lamp, was developed by Humphry Davy about 78 years before that, but didn’t last long and was far too bright. In 1850, Joseph Swan found that carbonised paper was a much better material for a filament and used them to make light bulbs. However, he couldn’t get his design to be efficient or long-lasting.

You can find such inspiration-led inventions everywhere, in all areas of life and business.

But don’t worry about being copycat too much. Even if you want to copy one to one what other people did, it would end up different. Their business story is not yours, so you will always have your angle.
Why do people copycat others? We can all be guilty of this, we see someone who is successful and think that maybe if we do everything that they’ve done, we can be reach where they are. It never works that way though. There is no formula for success. We start from a different stage, we have to go through our own mistakes and learn the hard lessons needed to be able to find our way. If you try to imitate other people’s actions, you will eventually feel a disconnection with yourself. Listen to your wants and desires. Shape your project to represent you. Otherwise, your progress and discoveries will take you much longer than it would if your actions were driven by your personality and values.

When I was starting out Japana, I set on creating a knife shop – there were many other which I could take inspiration from and learn how they market and interact with their audience. But soon I felt like I want Japana to represent something more and be more than a mere distributor, even if the products we carried were a piece of art themselves.
I wanted to create a community and to do that, I needed to focus on creating products that would carry our own brand. As soon as I started implementing changes, more ideas flew.

If I have seen further, it is by standing on the shoulders of giants

Find your own way

When you’re just starting out, it’s good to take inspiration from other people and businesses and use it as a building block, a foundation. Then add your personality and values on top.
People buy from one company and not the other because of the story. If you manage to connect with them on a personal level and gain their trust, you will win the business.

And how about others copying you?

“Imitation is the sincerest form of flattery.”

When I see the competition implementing things we do I feel proud. It’s good to have more competition as it means better things for our community and a more stimuli to keep you on your toes.

The competitors you need to watch out for are the ones that might not even be on your radar screen yet. They aren’t imitators. They are the ones taking the time to assess what’s happening in the market and making things better. They are analysing the mistakes of others, talking to prospective customers about their needs and planning to develop better offerings.

That’s why the best course of action is always to stop worrying what other people are doing, but focus on what you are doing. Always use that energy to be a better person than you were yesterday. When you’ve done that, it doesn’t matter if someone copies what you’re doing, because they won’t be a fraction of what you represent, anyway.

I write for myself