.why most startups fail at sales (and why we were, too) 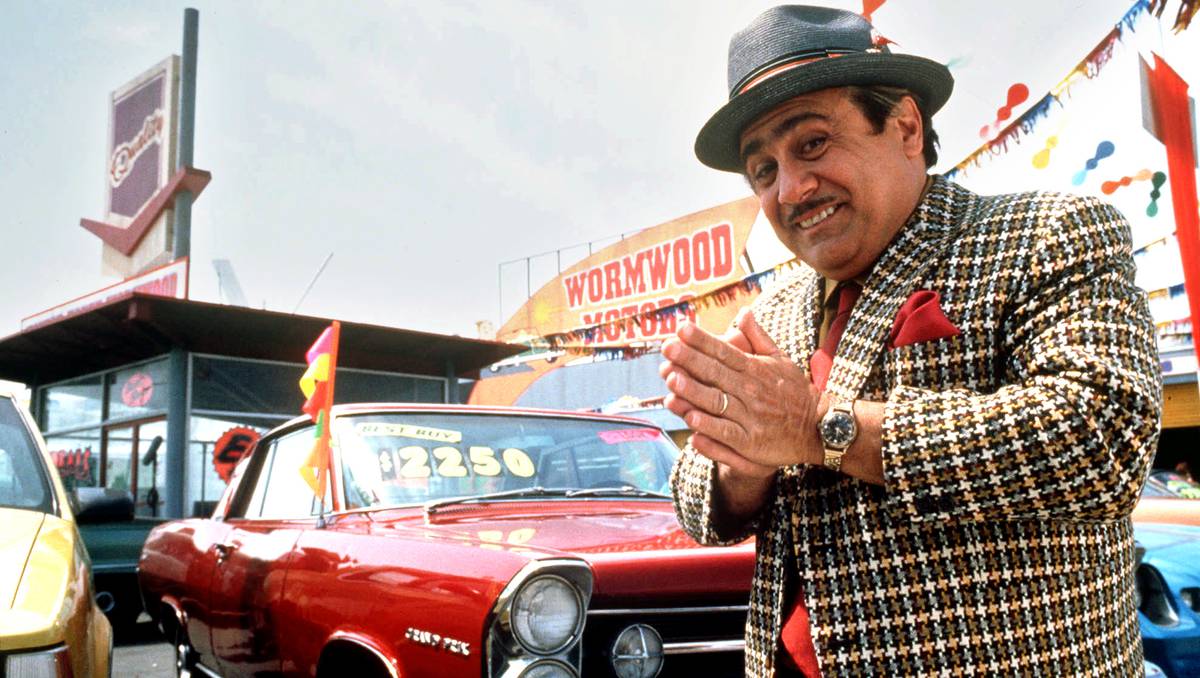 Ok, my recent posts were a bit on human psychology and the leadership angle, but my intention of this blog is to also share what I’m learning in business – the real meat. Hence, I thought to write today’s edition on sales since this, apart from operations, is what I do on a daily basis at Untrite.
In this post I will focus on B2B / enterprise sales, but I plan on drafting a separate on on my B2C learnings from running Japanese knives ecommerce.
Ok, let’s start…

I used to think that salesmen are those dodgy, sketchy people who try to flog you things that you don’t need, often using unethical manipulation neuro-linguistic programming (NLP) techniques (not to confuse with AI’s NLP). I grew up with images of Alec Baldwin in Glengarry Glen Ross, Jerry Maguire and Will Smith in the Pursuit of Happiness.

I heard horror stories of my neighbours and acquaintances who got deluded with the promise of big and easy money, signed up for some MLM (multi-level marketing) program, where in the end, all they got was an expiring stock they purchased and couldn’t push down.

And because I was having a wrong image of sales, I wasn’t keen on understanding it better. I didn’t see that selling (and delivering on promise, of course 😅) actually means building a relationship and providing value. Sounds obvious, yet, so many people get it wrong. I had to reframe my mind, my perception on what sales really is.

If you think about it, we sell all our lives. You are a kid and want a candy – you may give arguments why you deserve it, or you may terrorise your parents until they give up (or some company may use it a saver from such situation 😃). You’re trying to convince your friends to do a weekend getaway? You sell them a vision how great it will be to get together. You’re going on a date with a woman you really like? Put on that dance, baby.

In all those situations, the ideal outcome is of course creating mutual benefits. A win-win situation.

Mitch, better have my money

They say cash flow is the king and that is especially true for newly found companies. It’s not the product quality but sales that makes it or breaks it for your company.

Your product shape will change a million times so you should not stress about that in the beginning. Don’t spend your limited resources on a product, but rather, on speaking with your potential customers, uncovering value you want to provide and and selling it – even when you don’t have a product yet.
And how to learn sales best if not on someone else’s mistakes? 🙂

After a successful PoC for a large Swiss company (their CEO after seeing our product was so impressed that he asked if they can have it implemented throughout the company within the next 12 months) we got invited to a RFQ process. The aim was to implement our type of technology within the whole division.

People whom we worked with on the PoC were assuring us that we’re the dark horse – we’re agile, responsive, innovative, have a really cool product, our relationship has been tested and both sides were happy.
Yet, we didn’t get the pilot.

What we failed to do was to engage with the rest of the decision makers who were calling the shots and managed the budget. They didn’t know us, they didn’t give a damn if we were offering something that could improve the way their engineers provide the service and… they saw a small company as a higher risk. In large sales, as opposite to small value sales you sell to a group of buyers. Make sure to make yourself known to each of them and understand that everyone may have different incentives, but your offering should address them all.

There is this great book The power base selling by Jim Holden and Ryan Kubacki, which treats exactly about that; most selling is happening when you’re not present in the room and often the real influencers in the decision making process are not on the top or not those who are going to ultimately use your solution, so your job is to understand who has the power and incentives to say yes.

Nobody got fired for hiring IBM

There is this saying; nobody got fired for hiring IBM. If you don’t speak to people’s personal incentives, they will not care as much and will likely go for an easy, safe route – by selecting a reputable large company which may have stopped innovating in 90s but at least it’s listed on NYSE and will be here in 3-5 years time to provide support. Your startup may not be. You’re a risk they can’t afford. So what can you do about it?

Being small is your advantage. Large companies are like large ships — too slow to turn. You’re agile, you don’t need to follow bureaucratic mess.
Ideally, to stand the chance in enterprise market, you need a backing of a larger, established partner. We would never get in the door and start speaking with the UK’s police if not for our strategic partnership with one of the UK’s largest corporations which has been working with the government for ages. We bring innovation and agility to the table, they – reputation, trust and resources. Most large corporations run such innovation partnerships so find one within your sector.

Focus on their problems, not your product

It’s them, not you. You’ve probably heard it said many times: your customer doesn’t care about your company, product, or service. They care about themselves. They care about solving their problems. So when you rush into pitch without any regard for the prospects needs and pain points, that will be probably your first and last call with them. This sends the message that you see they as nothing more than a £ sign to you.
When we first started engaging in calls with large companies, we made a lot of mistakes. We weren’t doing it on purpose but we thought, that by presenting what we offer and showing the demo on the first call is a good way to start the conversation. We hoped to find potential pain points for the customer without wasting too much of their time. Our bad. Finding a problem to a solution rarely works. It’s the other way round.

If you come off like you’re desperate for the sale, it will turn your prospect off. You want to become a partner and a consultant to your prospect. Not just someone who wants to sell them something. This approach takes more time, but it’s more effective in the long run. Sales isn’t about convincing or coercing. It’s about aligning with the buyer.

Let them do the talking

The best way to get your prospects talking is to ask great questions. Don’t try to fill the silence gaps with your talking. Enjoy it. Good open-ended questions will encourage your prospect to open up to you and it will be easier to earn their trust. The more they talk, the deeper the connection you’re able to build with them. And if you want to be the expert, instead of just taking it at face value, ask, “Why do you need that?” “What are you trying to accomplish?” “Why do you think this is how you’re going to get there?” Don’t be scared to question their perceived needs. What you usually find is there’s a deeper need. It’s your job to figure that out for them.

You need to create this urge within them, or rather, they need to convince themselves that they have a big problem and you can help them solve it. But don’t push that on them. If you jump straight from asking a few questions, listening to the answers to offering solution it’s as if you were not listening at all. They will feel ignored and misunderstood. In effect, they will move on giving you a nice excuse or agreeing to schedule a follow up call in a ~6 months time (and then cancel it near the date).

You also want to employ active listening techniques. This means not just listening to what they’re saying, but actually repeating their words back to them. Then, give them a chance to respond. People often talk without knowing where they’re going. By summing it up for them and saying, “What I’m hearing is this situation and this is what you’re trying to do,” you’re giving them a chance to say, either, “Yes, that’s exactly what my problem is,” or “Well, no, actually, I want this thing over here.” Either way, you’re making sure you clearly understand their problem and you’re demonstrating that you listen.

What’s obvious for you, may not be obvious for them.
We made a lot of mistakes trying to explain the value we give in a too technical way. Subconsciously, we didn’t want to be seen as lacking knowledge so we’re taking the tech talking too far and as a result – losing the interest of the potential client. Nobody will admit you that they don’t know what you’re talking about. They will just decide in that right moment that they are moving on. Speak their language. If you’re talking with a business oriented person such as CFO – explain how your solution can save or make them money.

We’ll call you — the call that never rings

So you did your best in keeping your mouth shut for the most part, you actively listened and kept asking good questions. You felt the meeting went great. And then… nothing happens. A silence from their side.
You don’t want to be seen as desperate, but you want to know why. So you’re emailing again and again, making things worse. Is it because you didn’t explain your value clearly? Maybe. Or maybe:

It’s hard to sense the real reason, but you always need to make sure you do your best in things you can control; that is  pre qualifying the prospect (is it the right person to talk to within the company?) and  being prepared for types of questions they may ask or better still — clarifying any objections and questions before they may arise.

Don’t go for a sale at all costs

If your services aren’t a good fit for them, you have to be ready to say no. It’s called integrity and it’s what good businesses are built on. People find it refreshing when you’re open and truthful with them because everybody else is trying to “close” them. You’ll be a breath of fresh air, setting yourself apart. And often it works in your favour – even if they are not ready to buy now, when the opportunity arises, when they’re ready to buy, they’ll sell themselves at this point.

Great books about selling and negotiation

.there is no such thing as a “self-made man”